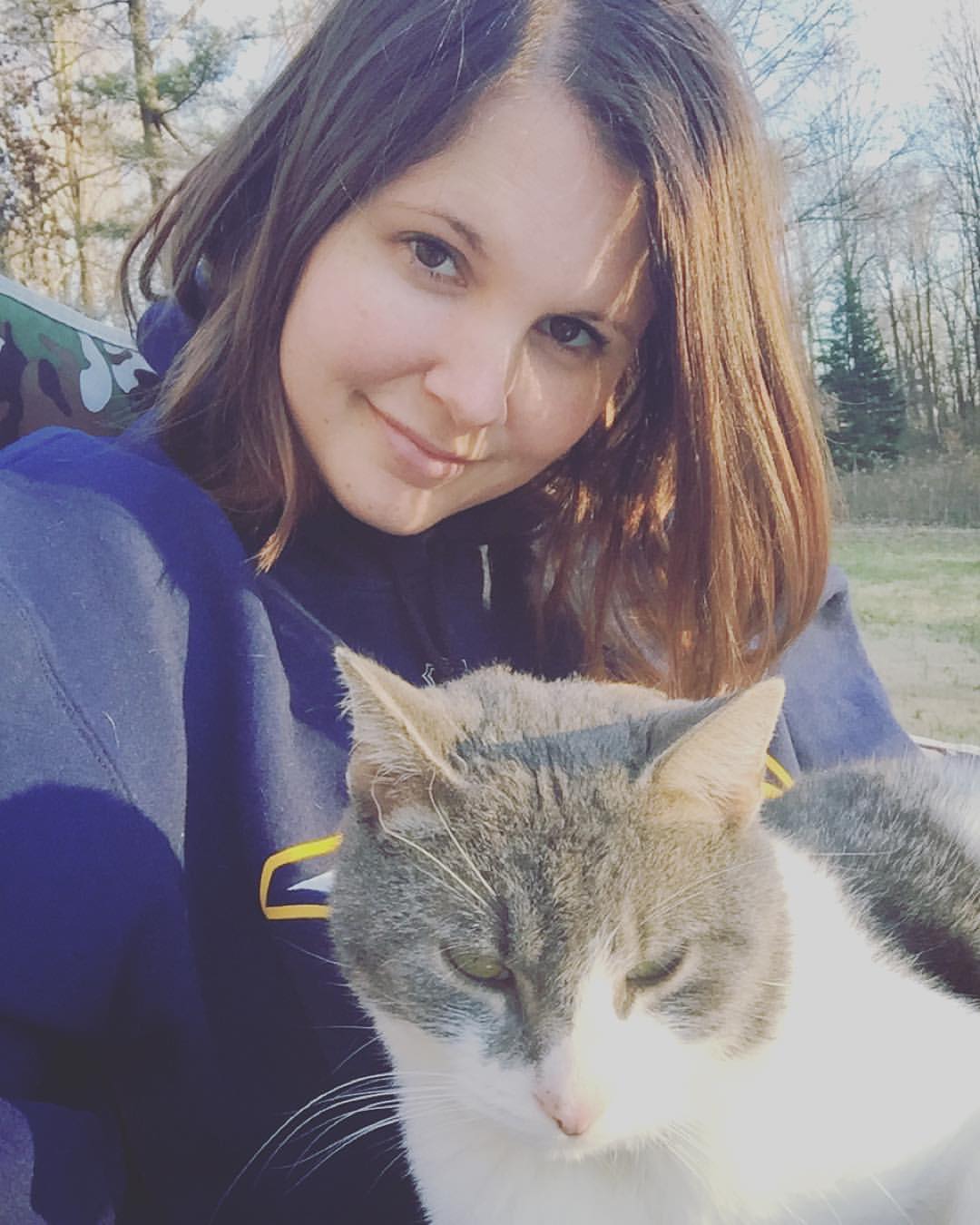 A few weeks ago, on the night of the Paris attacks, a stray cat wearing a purple collar came to our back door around 4pm and started sniffing around the trash bag I had placed out there.  When I opened the door, he ran down the steps and then looked back.  I squatted down to the ground and made a couple kissing sounds and held my hand out.  You could almost see the joy flood his little face.  “This person is nice!!!”  He ran over and immediately started purring and rubbing all over my hands and my legs.  I had never seen him around the neighborhood before, but he felt pretty boney, so I decided to put a little food out for him.  Before I could even get the food on the ground he started gobbling it up, meowing and groaning as he ate.  Boy was hungry!  I went back inside and continued going about my day with the boys, but he just stayed on our patio, right by our back door.  After a little while he started pawing at our door, begging to come in!  I recorded this video of him.  (Don’t mind my chipped red nail polish)

I obviously couldn’t just let him in.  I mean, we have two other cats as well as a St. Bernard.  I don’t know who this cat is, where he’s been, or what he’s been exposed to; not to mention, our female cat is not the most accepting of new feline friends.  I figured he’d finally get bored and go on his merry way.

Well, the next morning, he was still on our patio, so I decided to take some pictures and make a flyer to put around our neighborhood.  I also posted his picture on a local lost & found Facebook page and on Craigslist in the lost & found section.  I mean, he was wearing a collar and was super friendly, so he had to belong to someone, right?

By the end of the week, no one had contacted me about him, so I brought him to the vet to have him scanned for a microchip and to do an overall wellness check.  The vet said he was about 1 – 2 years old, and except for some ear mites and a few fleas, he was relatively healthy, if not a little skinny.  I asked how long I should wait for an owner to come forward before deciding whether or not we should keep him, and he said about a week or two.

Well, two weeks later there was still no owner, and he was still hanging around our house all day, every day.  So what did I do?  I called our local low cost spay and neuter clinic and made him an appointment to get snipped!  My husband made him an awesome insulated cat house for our back patio, and he has slept in it every night.  Even on the coldest nights it’s SUPER warm in there!

The boys love him, and he loves hanging out with them when they’re playing outside.  We named him Blaze after the boys’ favorite character on “Blaze and the Monster Machines”, their favorite show.

He is extremely snuggly…almost annoyingly so (possibly from being starved for attention the past few months while he was a stray).  He has claimed me, or imprinted on me, or whatever you want to call it.  I’m his person, and I can’t sit outside without him jumping on my lap, climbing on my shoulder, or rubbing all over my legs, arms, head, whatever body part is within his reach.  What can I say?  He’s a ladies’ man…and I’m pretty awesome.

He’s been a really special addition to our family, and we’re so lucky that he chose us.